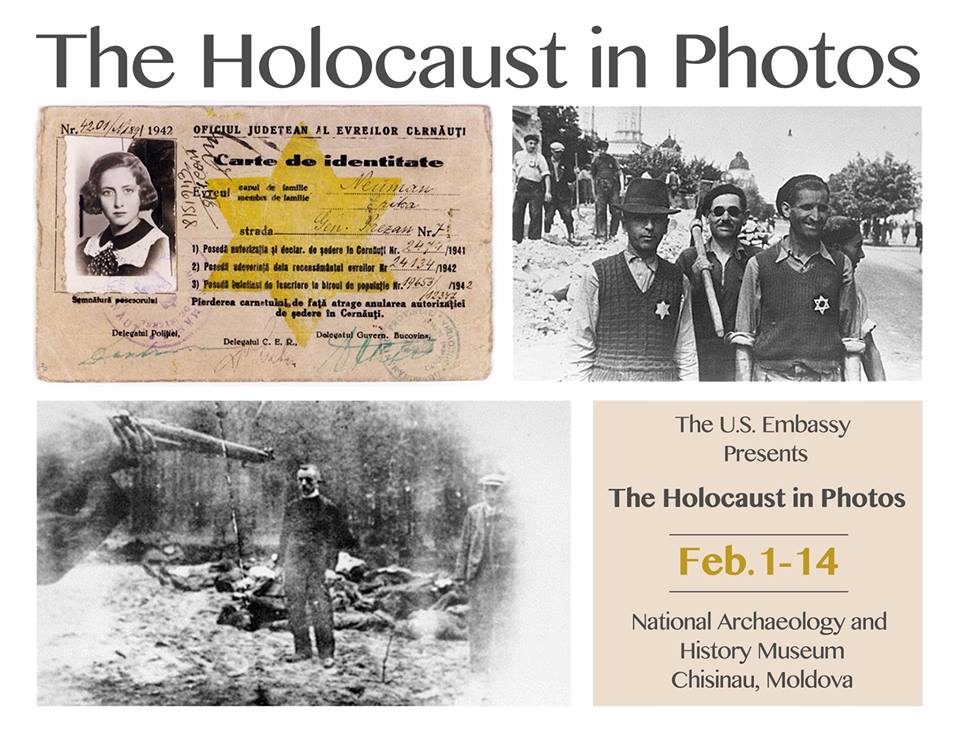 The U.S. Embassy invites you to “The Holocaust in Photos,” a special exhibit at the National Archaeology and History Museum in Chisinau. The exhibit, produced by the Embassy, contains 32 historical photographs, including 14 from the Moldovan region, that help tell the story of the Holocaust. The photos are arranged into four sections: The Rise of Nazi Germany; The Holocaust Spreads in Europe; Massacres in Bessarabia; The World Reacts: ‘Never Again.’